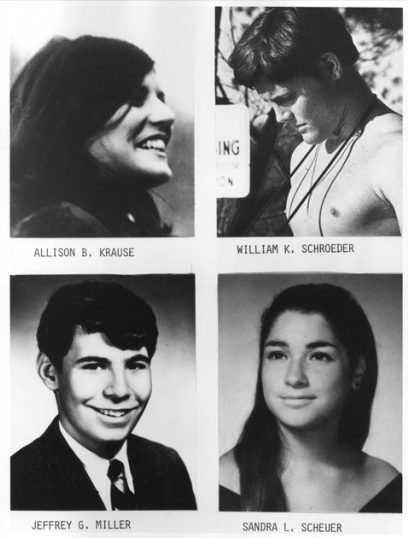 Author Howard Means talks about the tragedy that transformed America. Thirty to fifty serious protesters were surrounded by thousands of curious onlookers and students walking between classes. Over 1,300 National Guardsmen, 138 military vehicles, seven armored personnel carriers, three tanks adapted with mortar launchers, five armored command vehicles, 13 helicopters, and four fixed-wing aircraft had been dispatched by Governor Rhodes, who was in a race for the U.S. Senate. The ill-trained and improperly equipped Guardsmen were led by zealous commanders who had no tolerance for hippies and communists. Four people died, and nine were wounded. Some were almost three football fields away from the Guardsmen. The shooting was tragic, but the ensuing cover-up and misinformation was equally tragic. The media failed to report accurately, and the community and the nation never got the full story. Richard Nixon, according to Chief-of-Staff John Haldeman, was always strange, but Kent State started him down “the tunnel of the weird”. Listen to this amazing story.,